0
was successfully added to your cart.

Carcharias Taurus, or the Grey Nurse Shark as it is commonly called in Australia is found in large numbers year round at Wolf Rock. Also known as the Sand Tiger in the Americas and the Ragged Toothed Shark in South Africa, this shark is considered Critically Endangered on the East Coast of Australia (EPBC Act 1999). Preferring shallow inshore waters dominated by rocky reefs and sandy-bottomed gutters Wolf Rock an ideal environment for these sharks.

This means that the large majority of Grey Nurse we encounter here are pregnant to varying degrees and each female individual has the capacity to stay on the site for the length of the pregnancy period (between 9 and 12 months) before heading south to pup. We also encounter male sharks from late autumn to early summer as they make their way from southern waters to breed.

The Grey Nurse Shark is a slow breeder, the slowest known of any shark species. In fact, the female shark is known to reproduce only every second year, giving birth to one or two young after a period of inter-uterine cannibalism that sees up to 14 embryos hunted and consumed by the successful offspring.

The pups are born live but as far as it’s known they fend for themselves straight from birth. Starting around 80cm to 1 metre in size they grow to a maximum length of around 3.5 metres and have a suspected life span of between 30-40 years. Female sharks can take up to 10 years to reach sexual maturity, while male sharks are slightly faster, reaching maturity at around 6-7 years.

The Grey Nurse Shark was the world’s first protected shark when it was safeguarded under New South Wales legislation in 1984. It is known as one of Australia’s most endangered marine species with an estimated 1000-1500 individuals on the East coast. Between the 1950’s and the 1970’s the Grey Nurse were hunted to near extinction due to their fierce appearance and misguided conception as ‘man-eaters’.

There is still a large gap in the knowledge of the life cycle of these sharks so research and study is ongoing to ensure their continued protection. The biggest known threat to their survival now comes from fishing and shark control activities, hence the marine protection status of Wolf Rock. Although fishermen do not target this species directly, accidental capture both commercially and recreationally pose a serious threat. Furthermore, the Grey Nurse Shark will prey on fish that have been caught with small hooks and these hooks can remain the shark’s stomach where they can pierce the stomach wall causing sepsis. 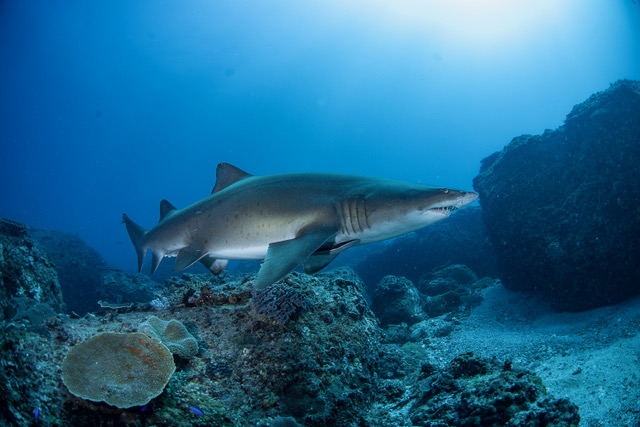 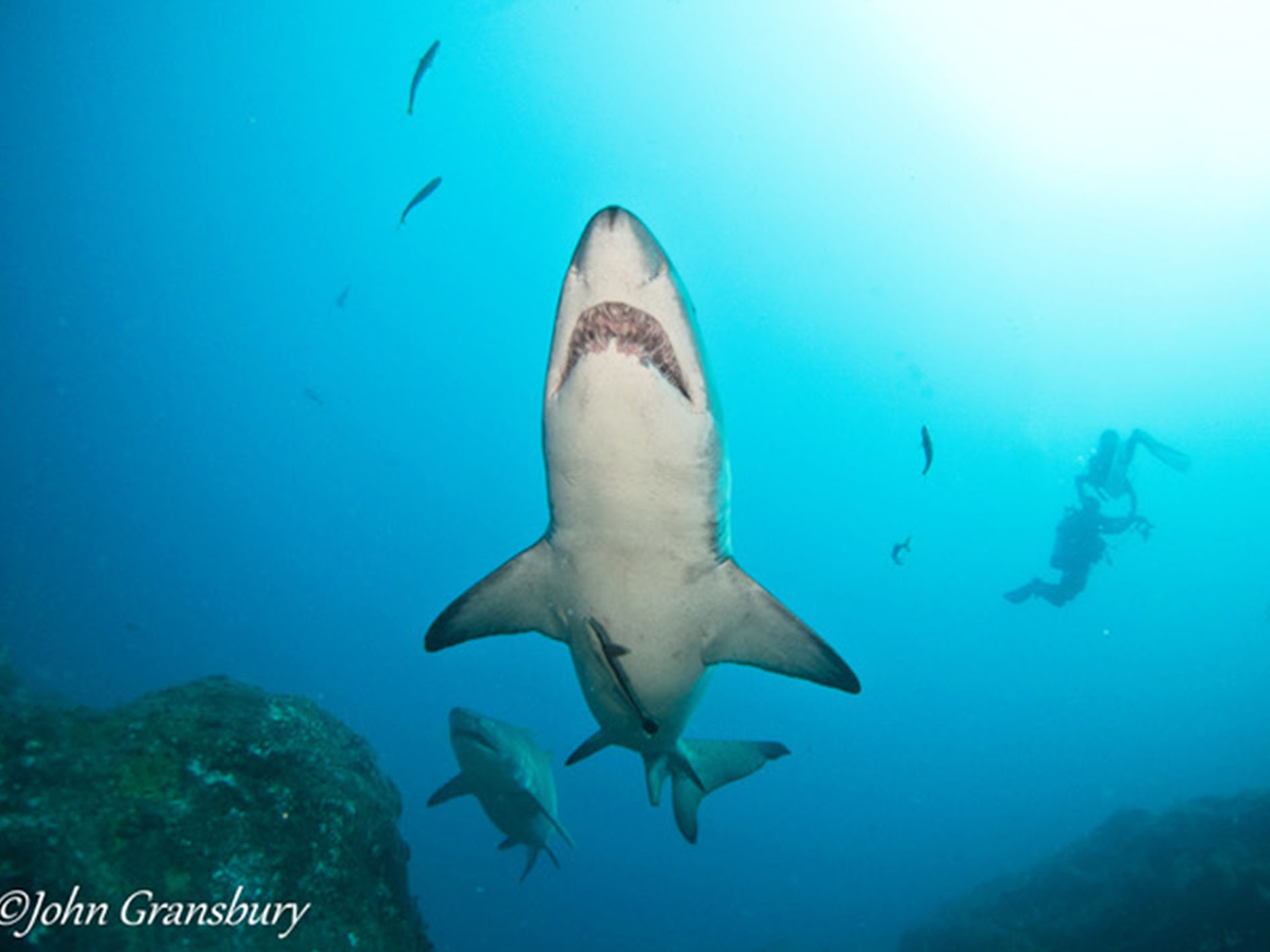